The Best Time to Talk to the “Dead”

Samhain (pronounced SOW-een) is the holiest day in the Pagan year, usually observed on the night of October 31, when the sun is in the zodiac sign Scorpio. Better known as Halloween or All Hallow’s Eve, this is the holiday people often associate with witches and magick. Most of the ways the general public marks this sabbat, however, stem from misconceptions—it’s a solemn and sacred day, not a time for fear or silliness. 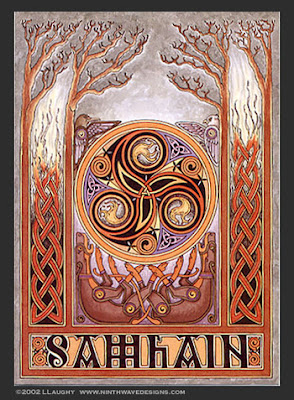 Since pre-Christian days, people who follow the Old Religion have considered this a sacred time to remember and honor loved ones who have passed over to the Other Side. That’s why Halloween is associated with the dead.

According to Pagan culture, Samhain ushers in the New Year––it’s the start of a new cycle, a time of death and rebirth. The word samhain is Irish, meaning “summer’s end.” In many parts of the Northern Hemisphere the land is barren now, the last of the crops have been plowed under for compost, and the earth rests in preparation for spring. As the old year dies, some people choose to shed old habits or attitudes, and replace them with new ones.

In Mexico and the Southwestern U.S., people celebrate the Day of the Dead, which bears some similarities to the Celts’ Samhain. People decorate altars in their homes to mark the sabbat, often displaying photos of deceased loved ones there. During the week before the Day of the Dead, they go house to house, visiting the altars of friends and relatives, saying prayers and paying respects. 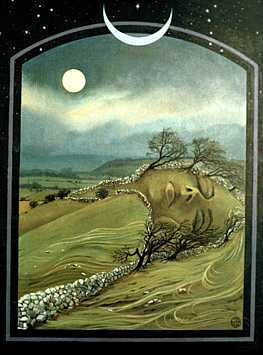 Contacting Spirits on the Other Side

Because the veil that separates the seen and unseen worlds is thinnest at Samhain, it’s easier at this time to communicate with beings on the Other Side. You can take this opportunity to talk to loved ones in the Afterlife, request guidance from ancestors, angels, or guardians, or contact spirits residing in other realms of existence.

The origin of the jack o’ lantern is rooted in the belief that wandering spirits and ghosts turn up on Samhain. The lantern’s glow was meant as a beacon to light the way for the spirits of the dearly departed; the scary faces carved on the pumpkins were meant to frighten away evil spirits.

Many mediums, psychics, and Afterlife researchers say that beings in the Other World really want to contact us––and they have much to teach us. Noted medium James Van Praagh, who has been communicating with “the dead” since the age of two, writes in his best-selling book Ghosts Among Us: “Ghosts walk among us, impressing us with their love, guiding us with their wisdom, and protecting us from harm.”

On Samhain, you may wish to honor your loved ones who’ve moved into the Afterlife by displaying photos, mementos, and offerings. Reflect upon your time together; share memories. Lighting candles for them is also a favorite practice. Consider spending time in meditation, contemplation, and/or prayer––listen for their responses, which may come in the form of words, visions, impressions, sensations, scents, sounds, or something else. Pay attention to synchronicities, signs, and dreams too.

Posted by Skye Alexander at 5:03 PM